By the Blackwater Bay, I caught sight of a silhouette of a bloke standing by the ledge, grasped in his hand with what seemed to be a fishing pole.  For a second, I thought he were Tyrion Lannister scheming in the dark night, contemplating on how to dispose of the wildfire without implicating himself and the rest of King’s Landing.

On with the tour I go, ingesting all the scenery, until I came across the steps of the Great Sept of Baelor and imagined an enchantment of “Shame! Shame! Shame!”. I took a double look around and saw that no one really said anything. It was actually a peaceful and quiet night.

This was what I felt as we set foot in Dubrovnik, as if I were warped back into the Middle Ages, back into the time of The Game of Thrones. But I heard water crashing against obstructive rocks, caught a whiff of salt water and fish, and felt the sharp cold touch my skin.  It was then I knew, I was not dreaming. And this was real. 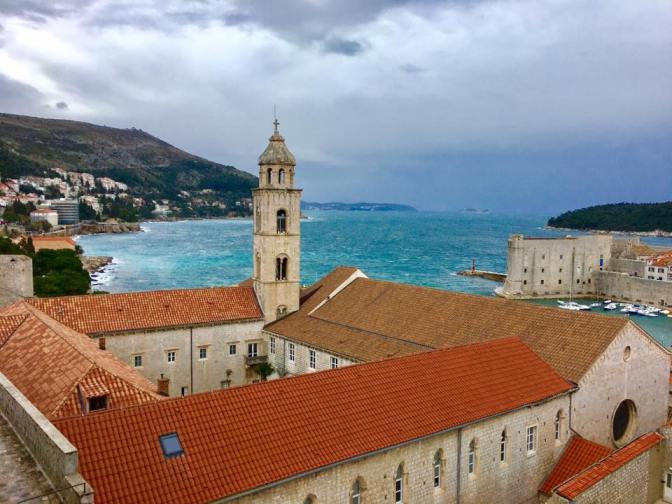 Amidst the waters of the Adriatic lie the Pearl, Dubrovnik.

Such a Pearl situated in Croatia possessed the iridescence of the Baroque period which bounced off of the Old Town’s walls and corners, its buildings meticulously shaped and detailed as if works of art.

Gallivanting about, I couldn’t help but notice how the town’s planning comprised of a church, palace, and fountain connected by straight avenues and narrow alleyways. Elaborate staircases accentuated the more significant establishments and cobblestoned streets presented a touch of uniformity to the town’s pavement. 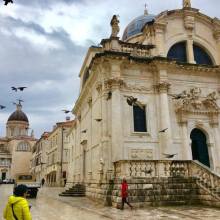 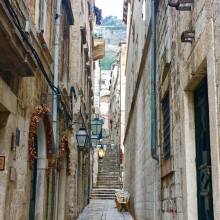 What was most distinct about Dubrovnik were the sundried kupa kanalice (molded into that of a human thigh) roof tiles which contrasted in orange hues and gave a pop of color to the neutral colored buildings. 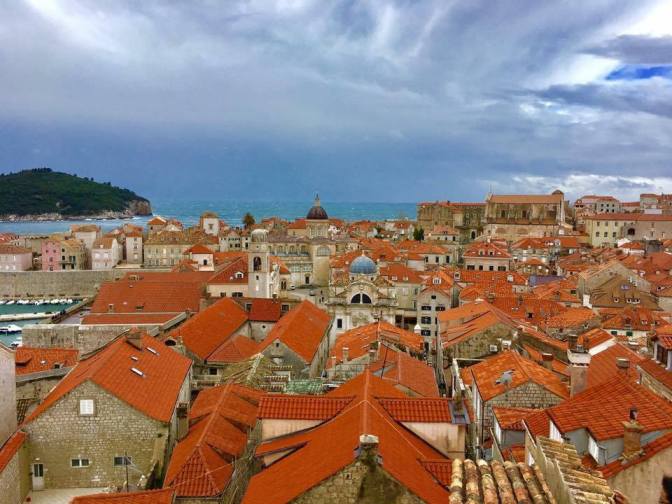 I now understand the appeal of Dubrovnik to the GOT directors, choosing to set the fictional King’s Landing in the Pearl of the Adriatic.

Delving into The Balkans, we also visited the capital of Slovenia, Ljubljana, the first and only green oasis in Central and South Eastern Europe.

How so is this city a green oasis?

They go by green systems such as an underground waste management collection and segregation, labeled and color coordinated trash bins, and electric battery operated transportation vehicles!

To give you an idea of those vehicles, the Kavalir (gentleman) is a free transportation service solely for PWDs and the elderly which eventually branched out to accommodate other persons. Another is the Urban Electric train that toured and stopped at certain points in the city. 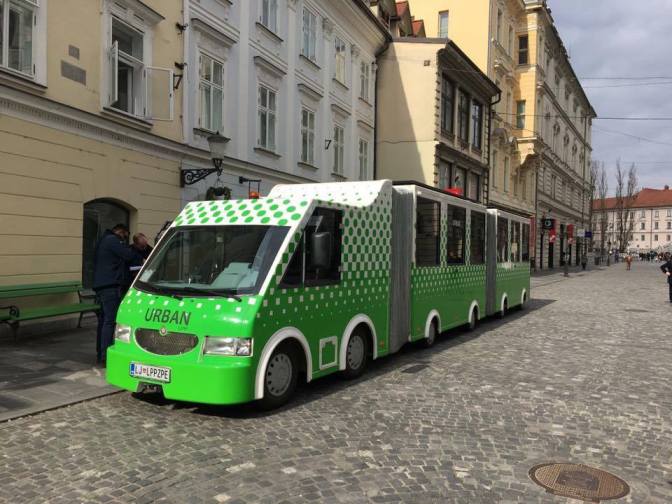 It’s quite impressive how the city was able to implement these systems in a period of ten (10) years.  I can say, it is the epitome of existing green cities and sustainable urban living.

In our visit, I saw no trace of trash on the road or sidewalks nor were there smoke belchers or cars. Inhabitants seemed to be law-abiding and disciplined, disposing of trash accordingly and  walking and riding a bicycle was their way of life.

Ljubljana also contained similar architectural details as that of Dubrovnik. Maybe it could pass as a modern King’s Landing?

Hidden beneath the border of Bosnia and Herzegovina is the Plitvice Lake National Park in Plitvicka Jezera. Made up of sixteen (16) cascading lakes, this Unesco World Natural Heritage is home of variegated flora and fauna endemic species.

A pathway situated in an area of the park enabled us to course through and witness how the lakes overlapped, its color mixing into various shades of green.

I must admit that this site is completely different from the two cities we’ve been to.  Ecosystems were unearthed and discovered. I mean, who knew that the vicinity contained so much life?!

Perhaps, in a Game of Thrones time zone, beyond the walls and the seven kingdoms, this could be an alternative refuge for the Free Folk, complete with the natural resources they would ever need to survive.

The Balkans is immensely rich in history and culture.  Dubrovnik, the Pearl of the Adriatic; Ljubljana, the green oasis;  and Plitvice Lake National Park, a Unesco World Natural Heritage,  justified why most fall in love with European countries.

Because a premium on the humanities is taken to notice on this side of Europe, from architecture to economic systems— all of which were clearly preserved up to its core and are continuously enriched over time— the human experience was augmented. Both tourists and residents take delight on what these progressive cities have to offer, that is, appreciating the basic life: one full of natural beauty and simplicity.

P.S. If Ygritte bellowed out to Jon Snow that he knew nothing, then here’s something you should: Travel Warehouse Inc. crafted this Game of Thrones inspired itinerary for my group and it definitely was one for the bucket list!  🙂 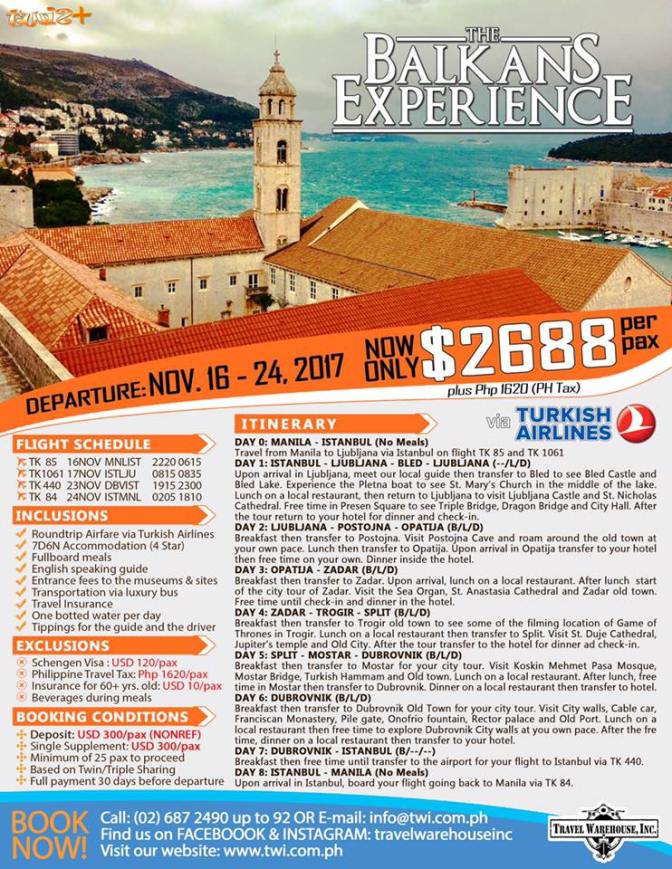 View all posts by yourtwirista